Proceed at your own risk

Liana Mesaikou is an LA based Greek comedian (actress & writer), who recently completed her MFA in Screenwriting at UC Riverside where she was the director of Improvology and developed two highly successful new interactive projects for kids (Level Up! & Time Travelers). In 2018, she wrote the script for the Orpheus Awards at the LAGFF (Los Angeles Greek Film Festival); she’s been a comedy contributor on online late-night shows Ladies Night Live! and Fake News.

Liana has studied comedy at The Groundlings, Second City and iO West. She can be seen around LA performing improv (short & long form) and stand-up at venues such as the Gary Austin stage at the Groundlings, Second City, the Pack Theater, the Clubhouse etc. She was a member of the all-female sketch group Butter and is now a member of the long-form improv team The Interlocutors.

Her first one-woman show Fifty Shades of Melania had its world premiere at the Hollywood Fringe Festival in June 2019, and traveled to the NY Fringe in a revised version in October 2019 at the Chain Studio Theater.

Stay tuned for her upcoming podcast Ask a Greek!

Subscribe to her YouTube channel and watch her latest comedy videos and check out her imdb page!

Here are some of her favorites reviews she’s gotten: 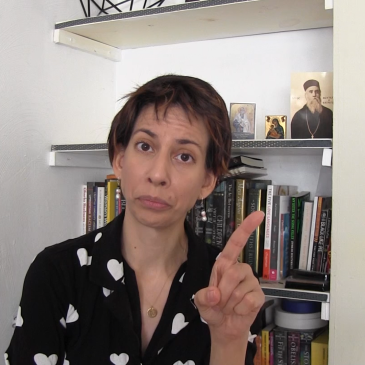 No Greek Moms were hurt in the making of this video!

Melania Be Bested them all. The First Lady has a message for the GOP and Mike Pence!